He is risen indeed 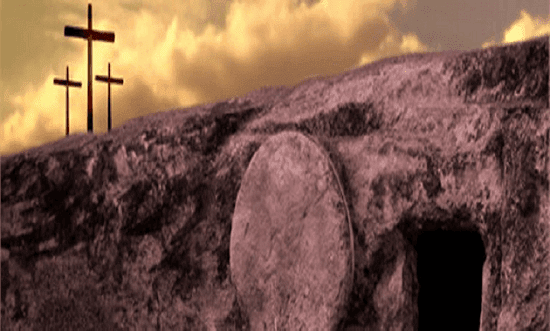 Anyone who's heard the Gospel of Jesus Christ knows that He died on the cross for our sins. But did you know that shortly before his death, Jesus himself prophesied that he would rise again on the third day?

Jesus strictly warned them not to tell this to anyone.


And He strictly warned and commanded them to tell this to no one, saying, “The Son of Man must suffer many things, and be rejected by the elders and chief priests and scribes, and be killed, and be raised the third day.”
Luke 9:21-22

I still wonder why the disciples forgot that Jesus had said this. If they had remembered it, then maybe they wouldn't have been hiding behind a locked door for days after Christ was crucified. Maybe they wouldn't have been fearing for their lives. Maybe they had forgotten because they were so traumatized that the man they had followed for three years and had given up everything for was so brutally killed and now seemed to be gone from them forever. Whatever the case may have been, they must have been devastated.

Maybe they hadn't heard the conversation that Jesus had with the Pharisees and teachers, just before his death.


Then some of the scribes and Pharisees answered, saying, “Teacher, we want to see a sign from You.” But He answered and said to them, “An evil and adulterous generation seeks after a sign, and no sign will be given to it except the sign of the prophet Jonah. For as Jonah was three days and three nights in the belly of the great fish, so will the Son of Man be three days and three nights in the heart of the earth.
Matthew 12:38-40

We know that Mary Magdalene and the other Mary remembered Jesus' words because when the two women went to the tomb on the third day after Jesus was crucified, they discovered that the tomb was empty and two angels who were there said to them:


He is not here, but is risen! Remember how He spoke to you when He was still in Galilee, saying, ‘The Son of Man must be delivered into the hands of sinful men, and be crucified, and the third day rise again.’” And they remembered His words.
Luke 24:6-8

How did Jesus know that He would rise again on the third day unless He is who He claimed to be, the Son of God? How would Jesus know unless He truly is the Messiah? Christ's resurrection conclusively demonstrates His power over the grave and proves He is the Son of God. Because of this, we can know that we can have eternal life. Because Jesus was raised from the dead, we know that God can also raise us from the grave.