Will God forgive my worst sins? 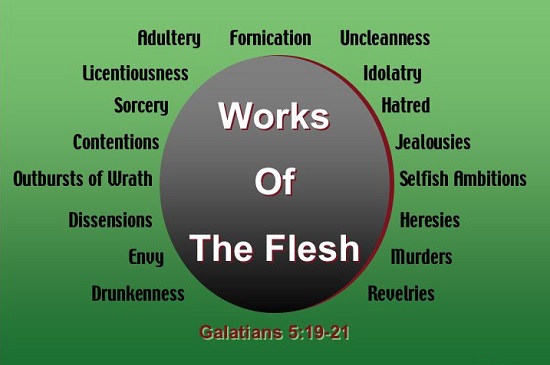 Have you ever met anyone who was so grief-stricken over their sins that they doubted God would forgive them? Maybe you’ve even felt that way yourself. Allow me to share two stories from the Bible about men who were forgiven much.

When he was yet a boy, David became the hero of Israel for killing Goliath, and after the death of King Saul, David became the king of Israel. The book of 2nd Samuel chapters 11 and 12 tell the story of how David committed one grievous sin after another.

David’s first mistake was to look upon his neighbor, Bathsheba with lust, something that Jesus equated with adultery (Matthew 5:28). As it often does, his lust led to having sex with her, even though he knew she was married. Thus breaking two of the ten commandments in one fell swoop.

As if that wasn’t bad enough, after Bathsheba became pregnant with his child, David plotted the death of her husband, Uriah in an attempt to conceal his sins. He sent orders to his general Joab to put Uriah at the forefront of the fiercest fighting of the battle and then withdraw from him so that he would be killed. In doing this, David broke yet another of God’s commandments.

After allowing Bathsheba a period of mourning, David married her, but, his sins hadn’t escape God’s notice. The prophet Nathan tells King David how God would punish him for his sins (2nd Samuel 12:11-14).

David confessed his sin, God forgave him and spared his life.


David said to Nathan, “I have sinned against the LORD.” And Nathan said to David, “The LORD also has put away your sin; you shall not die.
2 Samuel 12:13 (ESV)

The Apostle Paul was the great evangelist and church planter of the 1st century who also wrote most of the New Testament. Before he became the Apostle Paul he was known as Saul of Tarsus, a Pharisee who was a zealous persecutor of Christians.

Shortly after the resurrection of Christ, there was a man named Stephen, who was full of grace and power and was doing great wonders and signs among the people (Acts 6:8). In Acts chapters 6 and 7 we read the story of Stephen’s evangelism to the Jews, which resulted in his death. This is because the Jews that Stephen was evangelizing accused and convicted him of blasphemy against Moses and God. This, of course, was a false accusation but nevertheless, they took him outside the city and stoned him to death.

Just before Stephen’s death, he gazed into heaven and saw Jesus standing next to the throne of God.


But he, full of the Holy Spirit, gazed into heaven and saw the glory of God, and Jesus standing at the right hand of God.
Acts 7:55 (ESV)

I’m of the opinion that Jesus held Stephen in high regard because Jesus was standing while watching Stephen from heaven instead of sitting on his throne.

So, what was Saul’s part in all this? Not only was Saul a witness of this event but Acts 8:1 tells us that Saul approved of his execution.


And Saul approved of his execution. And there arose on that day a great persecution against the church in Jerusalem, and they were all scattered throughout the regions of Judea and Samaria, except the apostles.
Acts 8:1 (ESV)

Saul then went house to house dragging believers off to prison.
Acts 8:3

Saul set out on a journey to Damascus with the intention of persecuting the Christians there. But, Jesus met him on the road as he was nearing Damascus and the encounter changed Saul’s life forever. Jesus made himself known to Saul and asked him why he was persecuting Him. Jesus then told Saul to go into the city.

Saul was blinded for three days by the light he had seen from heaven during his encounter with Jesus so his traveling companions had to be lead him into the city. For three prayerful days, Saul neither ate or drank anything. Then the Lord spoke to a righteous man in the city named Ananias and told him to go lay his hands on Saul so that he would regain his sight.


But the Lord said to Ananias, “Go! This man is my chosen instrument to proclaim my name to the Gentiles and their kings and to the people of Israel. I will show him how much he must suffer for my name.”
Acts 9:15-16

He did indeed suffer while serving Christ. During his ministry, he as stoned, shipwrecked, beaten, imprisoned and chained. Jesus could have ended Saul’s life on the road to Damascus but instead forgave him transformed him into an Apostle who did great things for the kingdom of God.

You might have to endure some punishment for the sins you’ve committed but since we know that God forgave David and Saul for their great sins, we can have the assurance that He can and will forgive us of our sins if we confess our sins and turn away from them.


Know then in your heart that, as a man disciplines his son, the LORD your God disciplines you.
Deuteronomy 8:5 (ESV)

Have you put off asking Jesus to be the Lord of your life because you think you’re not worthy or that he won’t forgive you for the bad things you’ve done in your life? If this is you, I pray that you’ll get on your knees right now and ask God to forgive you for every sin you can remember ever committing and also ask him to forgive the sins you don’t remember. Decide in your heart that you’ll turn away from repeating those sins and ask Jesus to be the Lord of your life.

If you do this and also believe that Jesus is the son of God, that he died for your sins, and rose again on the third day, he will forgive you and you will be saved from eternal condemnation. 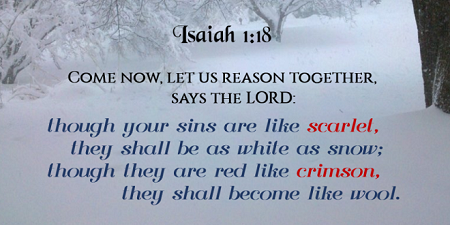 God Bless you, and I hope to see you in heaven,
Daniel
Christian Living