Final 7 years: How we can know when the tribulation has begun 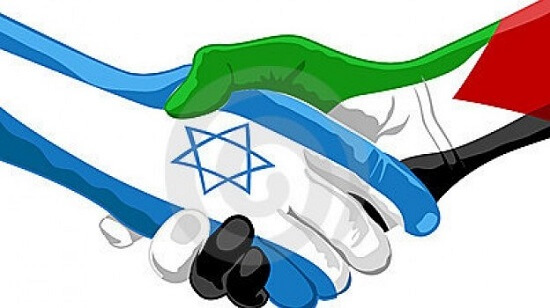 God has given mankind thousands of years to prove that we just aren’t capable of ruling ourselves. When a nation has a good ruler, things tend to go well for that nation but when it has a bad ruler, the nation suffers.

You and I are living in the last days of man’s rule on the earth right now. We are at the end of the church age and living on the precipice just before Christ returns to the earth to put down the kingdoms of men and rule the world. Things might seem bad now, and they are, but the Bible warns that before Jesus returns to the earth, things are going to get much worse.  In fact, most of the prophecies that haven’t yet been fulfilled will be fulfilled during the final seven years just before Christ’s return.  This final seven years is referred to as the tribulation and also as the seventieth week of Daniel.

To understand the end time prophecies, it’s helpful to look at the book of Daniel and the book of Revelation together.  For example, because of Daniel’s writings, we know that the tribulation period (which is the period of time just before Christ returns to the earth) will be exactly seven years.


He will confirm a covenant with many for one ‘seven.’ In the middle of the ‘seven’ he will put an end to sacrifice and offering.  And at the temple he will set up an abomination that causes desolation, until the end that is decreed is poured out on him.
Daniel 9:27 (NIV)

Daniel’s prophecy tells us that the Antichrist will confirm a covenant (peace agreement) with many nations that will be effective for a period of one seven.  By connecting this verse to other scripture in the Bible, we know that this is referring to a period of seven years.  I’ll go into detail about how we know that a bit later in this message.

The focus of the peace agreement will be Israel.  When we see this peace agreement take place, we will know that the countdown of the final seven years, known as the tribulation, has begun.


If you remember nothing else from this message, remember that this peace agreement is the single event that starts the seven-year countdown to Christ’s return to the earth.

Daniel 9:27 also tells us that, in the middle of the final seven years, the Antichrist will set up an abomination in the temple that will cause the temple to become desolate until the Lord returns.  He’s referring to the Jewish temple that will be built on the temple mount, most likely during the first half of the tribulation after the peace agreement has been made.  The Jews have been making preparations for rebuilding the temple for years.  They already have a blueprint for rebuilding the temple on the original foundation on the temple mount where the last two Jewish temples stood.  They’ve also created all the items needed to reinstate temple worship and animal sacrifices, which haven’t occurred since the second temple was destroyed by the Romans in 70 AD.  We know that animal sacrifices will resume in Israel because Daniel 8:11-12 and Daniel 11:31 tells us that the Antichrist will put an end to them.

Jesus himself referred to Daniel’s prophecy and gave a specific warning to the Jews living in Judea (a region within Israel) who would see this prophesy come to pass.


Therefore when you see the ‘abomination of desolation,’ spoken of by Daniel the prophet, standing in the holy place” (whoever reads, let him understand), “then let those who are in Judea flee to the mountains.  Let him who is on the housetop not go down to take anything out of his house.  And let him who is in the field not go back to get his clothes.  But woe to those who are pregnant and to those who are nursing babies in those days! And pray that your flight may not be in winter or on the Sabbath.  For then there will be great tribulation, such as has not been since the beginning of the world until this time, no, nor ever shall be.  And unless those days were shortened, no flesh would be saved; but for the elect’s sake those days will be shortened.
Matthew 24:15-22

Notice that Jesus says that when you see this happen, there will be great tribulation, such as has never been seen before and will never be seen again.  This is why we refer to the last half of the seven year tribulation as “the great tribulation”.


How we know that the tribulation is exactly seven years

After the Antichrist desecrates the Jewish temple, he will go on a rampage, persecuting the saints (those who have accepted Jesus as their Lord and Savior).

How can we know what Daniel meant by “time and times and half a time”? How much time is that, exactly? The book of Revelation unlocks the answer for us.


Then the woman fled into the wilderness, where she has a place prepared by God, that they should feed her there one thousand two hundred and sixty days.
Revelation 12:6

Unlike the Gregorian calendar that most of the world is on today, scripture is based on the Hebrew calendar which consists of 360 days per year. So, 1,260 days divided by 360 equals 3.5 or 3 1/2 years to the very day.

Another passage in Revelation refers to this period of time as 42 months which is also exactly three and a half years. 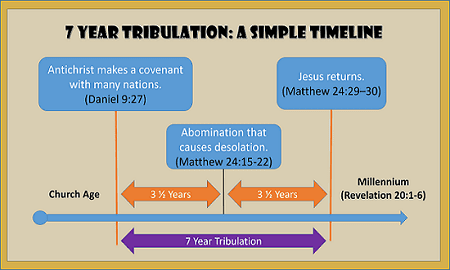 Here are the key things to remember:

My hope is that the rapture of the church will happen before we see these events so that we don’t have to suffer the tribulation.  I’ll be ready when the Lord comes for me and I pray that you’ll be ready also.