How to be saved 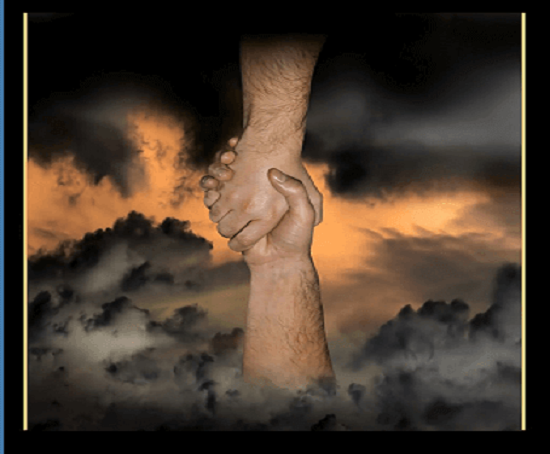 I’ve wanted to write about this important subject for a very long time. But because there are so many false teachings and false gospels in the church today, I was determined to make sure I got this one 100% right. After all, there’s nothing in this world more important than salvation. We can get every other point of Christian theology wrong, but if we get this one wrong, we can end up at the wrong eternal destination. And there’s nothing that I would regret more than to give anyone a false assurance about their salvation that causes them to end up in hell.

So, after years of Bible study, listening to hundreds of hours of sermons, and many prayers, I can confidently tell you what the bible says about how we can be saved from eternal damnation.


What it means to be saved

The word salvation means to rescue or to save. To be saved means that your sins are forgiven and you’re going to heaven when you die. Of course, the opposite of being saved is being lost. Many people who are spiritually lost don’t even know it. They need someone to tell them that they’re lost, which is the great commission that Jesus gave the apostles and is also extended to every believer. That is, to share the gospel of Jesus Christ with the lost. After all, how can they know if we don’t tell them? (See Romans 10:14)

Let’s examine the requirements for salvation.

Salvation requires knowledge of the gospel

How can we gain this knowledge? That’s easy… we gain it through the holy scriptures (see 2 Timothy 3:15). Either we need to read the bible for ourselves or someone has to tell us what God’s word says.

What is the gospel of Jesus Christ?

The gospel is summarized in the following four verses which were inspired by the Holy Spirit and penned by the Apostle Paul:

My friends, I want you to remember the message that I preached and that you believed and trusted. You will be saved by this message, if you hold firmly to it. But if you don’t, your faith was all for nothing. I told you the most important part of the message exactly as it was told to me. That part is:
Christ died for our sins, as the Scriptures say. He was buried, and three days later He was raised to life, as the Scriptures say.
1 Corinthians 15:1-4 (CEV)

Believing in the truth of the gospel is a critical requirement for gaining salvation.

He who believes in Him is not condemned; but he who does not believe is condemned already, because he has not believed in the name of the only begotten Son of God.
John 3:18

We must put our faith in the gospel

None of us who are alive today were around two thousand years ago, to witness the life of Jesus during His ministry on earth. We weren’t here to see Him hung on the cross for our sins, and we weren’t here when He was raised from the dead on the third day. Believing the gospel requires that we put our faith in God’s word. The Apostle Paul describes exactly what faith is.

The Apostle Paul also tells us where our faith comes from:

So then faith comes by hearing, and hearing by the word of God.
Romans 10:17

Having faith in something that we haven’t seen with our own eyes doesn’t mean that we have to check our brains in at the door and blindly trust that the word of God is true. A serious student of the Bible, who is seeking God, can know in their heart that everything the bible says is true. And speaking of truth, it’s essential that we accept the fact that our salvation is a free gift from God. It’s not something we could ever earn on our own.

For by grace you have been saved through faith, and that not of yourselves; it is the gift of God, not of works, lest anyone should boast.
Ephesians 2:8-9

We are blessed if we put our trust in Him. Remember that doubting Thomas wouldn’t believe Jesus had been raised from the dead unless he put his finger in the nail holes of Christ’s hands and also put his hand in Jesus’ side, where He had been pierced with the spear. After obliging him, Jesus said to him, “Thomas, because you have seen Me, you have believed. Blessed are those who have not seen and yet have believed” (John 20:29).

Acknowledge that you’re a sinner

Before someone can be saved, they must understand that they are lost in their sins and Romans 3:23 makes it clear that everyone has sinned. If we say that we haven’t sinned, we call God a liar (see 1 John 1:10). Pastor Paul Washer takes it a step further and says that not only do we have to acknowledge that we’ve sinned but we must also hate our sin after we’re saved. This isn’t something that comes naturally to an unsaved person. It’s the work of the Holy Spirit who convicts us of sin and one of the indicators that you have received the Holy Spirit.

Scripture says that “Godly sorrow over your sin produces a repentance that leads to salvation. For godly sorrow produces repentance leading to salvation, not to be regretted; but the sorrow of the world produces death” (2 Corinthians 7:10). This verse uses the term “the sorrow of the world” to refer to the kind of sorrow that people feel after they’ve been caught in their sin. For example, someone who’s caught having an adulterous affair might feel sorry that they were caught but not sorry that they had cheated on their spouse. Godly sorrow, on the other hand, is the kind of sorrow that leads to a true change of heart that causes a change in behavior. It results in a determined turning away from sin.

Some of you are thinking, whoa… now you’ve gone a step too far. But consider this. Everyone from John the Baptist, to Jesus and the Apostles preached repentance. Jesus began His ministry by calling for repentance (see Matthew 4:12-17). These were not recommendations, these were commandments.

While speaking to the philosophers of Athens, the Apostle Paul taught that God accepted ignorance in the past but now requires everyone to repent, because God has appointed a day on which He will judge the world in righteousness (see Acts 17:30-31). Think about it… The Lord Jesus Christ has never given an inconsequential commandment.

What exactly does it mean to repent?

In the Bible, the Greek word for repent is metanoeo, which means to change your mind. In the biblical context, repentance goes much deeper than just superficially acknowledging that you were wrong about something. Biblical repentance involves believing something so completely that it not only affects your intellectual decision but it also changes your heart. Romans 10:9 says “that if you confess with your mouth the Lord Jesus and believe in your heart that God has raised Him from the dead, you will be saved”. Believing the gospel of Jesus Christ in your heart always results in a change of behavior. It changes the way you live forever. This doesn’t mean that we become perfect Christians the moment we’re saved, but it does mean that we’re changed because God changes us. We become a new creation.

Therefore, if anyone is in Christ, he is a new creation. The old has passed away; behold, the new has come.
2 Corinthians 5:17

When we’re saved, the Holy Spirit comes to live inside us to give us instruction and to convict us of sin.

Before we were saved, we could justify our sins and shrug them off without much thought. It was easy to sin and we enjoyed it. After we’re saved, we can no longer enjoy sinning the way we did before because the Holy Spirit is working in us to convict us of our sins. This conviction of sin from the Holy is a key indicator that you were truly saved.

A perfect example of repentance

Saul’s conversion on the road to Damascus is a perfect example of Godly repentance. Saul was a Pharisee who believed so strongly that Jesus wasn’t the Messiah and that the Christian movement must be crushed that he was the leading persecutor of Christians. He hunted them down and had them thrown into prison. Saul had even requested and been granted permission to do the same in Damascus. But something happened. Saul had an encounter with Jesus on the road to Damascus and the light of the Lord’s glory was so great that it knocked Saul to the ground and even blinded him for three days. Saul heard the Lord’s voice from heaven say to him “Saul, Saul, why are you persecuting Me”?

Saul realized at that moment that everything he had thought about Jesus and His followers had been completely wrong. He realized that Jesus was the Son of God and the long-awaited Messiah. Saul’s conversion was so great that the Lord renamed him Paul and he became an Apostle of Jesus Christ. Paul spent the rest of his days spreading the gospel of Jesus Christ to the Gentiles. Because of Paul’s repentance, the church grew throughout the known world, he trained disciples of Jesus and even wrote most of the New Testament.

Is water baptism required for salvation?

There is much controversy around the question of whether water baptism is a requirement for being saved. There are arguments on both sides of this issue, some for and some against. Of course, I see nothing wrong with the act of water baptism. If it’s something you feel led to do, then, by all means, be baptized.

But I don’t think water baptism is a requirement for salvation. I’m not going to go into the details here about why I’ve arrived at that conclusion. Instead, I’ve listed some excellent YouTube videos at the end of this page that covers this issue very well.

You need to ask yourself these questions:
If you’ve done each of these things but haven’t experienced Godly repentance, or you’ve never been saved, I implore you to cry out to God and ask Him to save you because “Everyone who calls on the name of the Lord will be saved” (Romans 10:13).

Article: If I’m good enough, will God let me into his heaven?

Article: Arguments that won’t get you into heaven

Article: Examine yourself to see if you’re in the faith

Article: How to die in your sins

Article: The Mystery of Faith and Works

Article: What grace is and is not

YouTube: How to Know You're Saved by Robert Breaker

Email ThisBlogThis!Share to TwitterShare to FacebookShare to Pinterest
Labels: Salvation