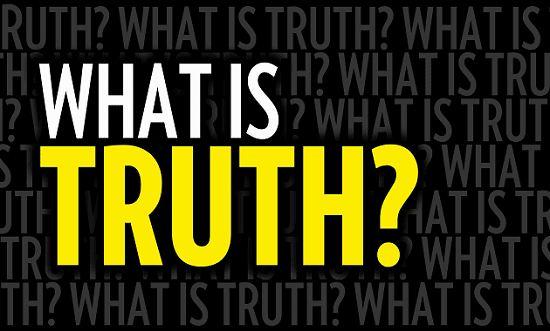 Have you ever been interrogated by someone and when you answered them with the truth they retorted with something like: “do you expect me to believe that”?

I have… and I can imagine that most of you have as well.

One man even said he knew I was lying (which I wasn’t) because he had a built-in lie detector. I told him his lie detector needed to be re-calibrated. As you might have guessed, he didn’t like my reply very much. But the fact is, he didn’t recognize the truth when he heard it. I can’t really blame him because people tend to lie when they’re in a tough spot.

Have you noticed that it’s gotten even worse? We’ve come to expect that our politicians will lie to us and the mainstream media in America has been caught in so many lies that we can’t even count on them to be truthful in their reporting anymore.

For some people, the truth is subjective. It’s whatever they choose to believe. Still, others flatly deny the concept of truth altogether or believe that it can’t be known.

This situation might be getting worse but it’s nothing new.

One of the most significant questions posed in the Bible was from an unbeliever named Pontius Pilate, the Prefect of the Roman province of Judaea. After the Jews had conducted their illegal trial with the purpose of condemning Jesus to death, they handed Him over to Pilate to be crucified.

Pilate then proceeded to interrogate Jesus. The end of his questioning went like this:


Pilate therefore said to Him, “Are You a king then?”
Jesus answered, “You say rightly that I am a king. For this cause I was born, and for this cause I have come into the world, that I should bear witness to the truth. Everyone who is of the truth hears My voice.”
Pilate said to Him, “What is truth?”.
John 18:37-38

There are many differing opinions as to why Pilate asked Jesus that question. I think Pilate was just being cynical. Regardless of his reason for posing the question, Pilate turned and walked away before Jesus could answer him. We don’t know if Jesus would have answered him or not. The point I want to make here is that Pilate didn’t realize he had directed his question at the very one who is the truth. You might recall that Jesus had previously claimed, “I am the way, the truth, and the life” (see John 14:6).

The Bible teaches that truth is consistent with the mind, will, character, glory, and being of God. When Jesus claimed to be “the truth”, He was making a claim to His own deity while also making it clear that God embodies the very definition of truth. 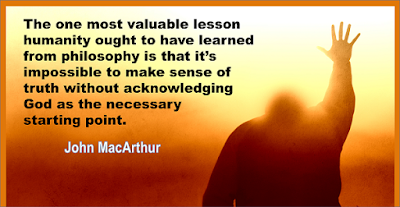 Isn’t it comforting to know that even though people may lie to us, our God never will?

I draw great comfort from knowing that I can stand on the truth of God’s word. David knew this truth as well when he said “Lead me in your truth and teach me, for you are the God of my salvation; for you I wait all the day long” (Psalm 25:5).

Email ThisBlogThis!Share to TwitterShare to FacebookShare to Pinterest
Labels: Jesus