Who were the wise men who worshiped baby Jesus? 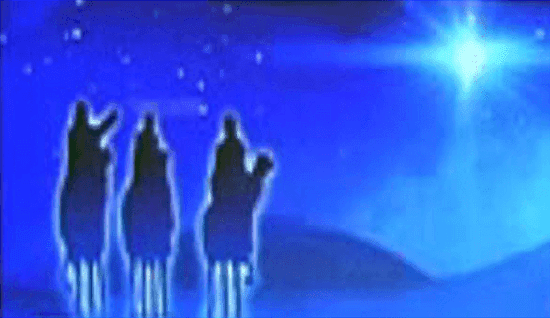 Most of us are familiar with the story of how wise men followed a star from the east to worship the baby Jesus and offer Him gifts. But have you ever wondered who these wise men were and how they knew to seek out the Messiah?

We know that they came from the east, which means that they weren’t from Israel and they weren’t Jewish. So, the chances are not great that they had familiarity with the prophecies about the Messiah. But there are a couple of ways they might have known to follow the star. One way is that an Angel of the Lord could have told them, like the angel that told the shepherds near Bethlehem (Luke 2:8-12) that the Messiah had just been born in Bethlehem. Another possibility is that their ancestors were taught the prophecies about Jesus. But by who?

Before we investigate that possibility, let’s take a fresh look at the story of the wise men as recorded for us by the Apostle Matthew.

The story of the wise men from the east

The second chapter of Matthew tells us that wise men from the east followed a star that led them to the land of Israel. This journey would have taken months if not years. Along their journey, they stopped in Jerusalem to inquire from King Herod as to the whereabouts of the Messiah. After being told that the Messiah was prophesied to be born in Bethlehem, they continued their journey.


When they heard the king, they departed; and behold, the star which they had seen in the East went before them, till it came and stood over where the young Child was. When they saw the star, they rejoiced with exceedingly great joy. And when they had come into the house, they saw the young Child with Mary His mother, and fell down and worshiped Him. And when they had opened their treasures, they presented gifts to Him: gold, frankincense, and myrrh.
Matthew 2:9-11 (NKJV)

Now, this occurred after Jesus was born but while he was still a baby and still in Bethlehem. But unlike the nativity scenes depict, by the time the wise men arrived in Bethlehem, Joseph and Mary had managed to move Jesus out of the manger and into a house.

One thing that’s especially interesting to me is the importance of the gifts that the wise men gave to Jesus because these gifts provided the means for Joseph and Mary (who were poor) to flee to Egypt in order to protect Jesus from being murdered by King Herod (Matthew 2:13-15).

Who were the wise men?

It’s most likely that these wise men were the Magi who are first mentioned in the second chapter of Daniel.


Now in the second year of Nebuchadnezzar’s reign, Nebuchadnezzar had dreams; and his spirit was so troubled that his sleep left him. Then the king gave the command to call the magicians, the astrologers, the sorcerers, and the Chaldeans to tell the king his dreams. So they came and stood before the king.
Daniel 2:1-2 (NKJV)

The Magi were the group of people who served the king of Babylon. Some were magicians, who practiced black magic. Some were astrologers, while others conjured up spells. The Chaldeans were men from ancient Chaldea, who were a special cast of priests that were experts of astrology and highly educated in the sciences of their day.

King Nebuchadnezzar demanded that the Magi tell him what he dreamed and then interpret the dream for him. Because they were unable to do this, the king demanded that they all be killed (Daniel 2:3-12 NKJV). The rest of chapter 2 tells how God revealed the dream and its interpretation to Daniel. The king was so pleased that he promoted Daniel and made him the chief administrator over all the wise men of Babylon.


Then the king promoted Daniel and gave him many great gifts; and he made him ruler over the whole province of Babylon, and chief administrator over all the wise men of Babylon.
Daniel 2:48 (NKJV)

As the chief administrator of the wise men, Daniel no doubt taught them many things. If God had told Daniel that he would send a star for the wise men to follow, in order to find the Messiah, then he would have told the wise men who would have taught it to their decedents.

Daniel could also have taught them prophecies about the coming Messiah.


Therefore the Lord Himself will give you a sign: Behold, the virgin shall conceive and bear a Son, and shall call His name Immanuel.
Isaiah 7:14 (NKJV)

May you have a blessed Christmas season. I hope you’ll make time to meditate on how good our God is to us and how he enables those who love him to do great things for the kingdom of God.