Are the 10 Commandments still relevant? 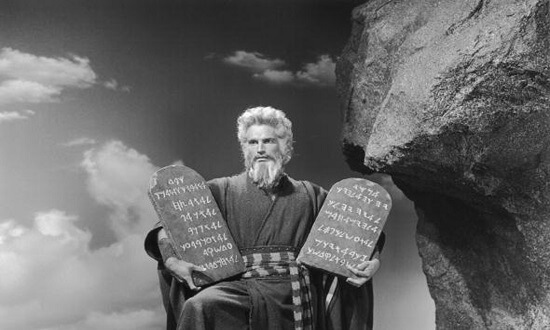 
Jesus came to fulfill the law

Jesus said “Do not think that I came to destroy the Law or the Prophets. I did not come to destroy but to fulfill” (Matthew 5:17 NKJV). The Jews used the phrase “the Law or the Prophets” to refer to the Old Testament. The verb translated ‘to fulfill’ in this verse means literally ‘to fill’ and indicates that Jesus was not repealing the Old Testament laws, of which the 10 commandments are a key part.
In His book, The Message of the Sermon on the Mount, John Stott points out that the Old Testament also has ethical precepts, otherwise known as the moral law of God. These precepts were often misunderstood and even more often disobeyed. Jesus fulfilled the entire law, including the precepts perfectly. He did this by living a sinless life so that he could become the spotless sacrifice for everyone who believes in Him.

Not only did Jesus come to fulfill the law but he also came to fulfill the words spoken by the prophets. Throughout His ministry, Jesus claimed that the scriptures bore witness to Him. In fact, out of more than 300 prophecies about Jesus, many have already been fulfilled.

Jesus went on to say “For assuredly, I say to you, till heaven and earth pass away, one jot or one tittle will by no means pass from the law till all is fulfilled” (Matthew 5:18 NKJV). This means that the fulfillment of the law won’t be complete until the heaven and the earth themselves pass away. That won’t happen until after the millennial reign of Christ on the Earth (following the great tribulation) when Jesus makes all things new (see Revelation chapter 21).

Jesus also clarified the intended meaning of the sixth and seventh commandments. This was necessary because the scribes and Pharisees were guilty of perverting the law in order to make it easier for them to appear as though they were obeying it.

This is why forgiving others is so important. We need to be slow to anger and quick to forgive.


You have heard that it was said to those of old, ‘You shall not commit adultery.’ But I say to you that whoever looks at a woman to lust for her has already committed adultery with her in his heart.
Matthew 5:27-28

I can almost see their jaws dropping when they heard this one. They thought they were doing just fine because they hadn’t killed anyone or slept with anyone’s wife. But now they were being told that just lusting after anyone was a sin. Today, we live in a culture that demands even more vigilance to keep this commandment. We’re overrun with rampant pornography as well as television shows and movies that are full of lust and simulated sex. But this doesn’t excuse us from disobeying God’s law. We need to be like Job and make a covenant with our eyes.


I have made a covenant with my eyes;
Why then should I look upon a young woman?
For what is the allotment of God from above,
And the inheritance of the Almighty from on high?
Is it not destruction for the wicked,
And disaster for the workers of iniquity?
Does He not see my ways,
And count all my steps?
Job 31:1-4

The purpose of the law

The law was given to reveal to us how God wants us to live. Specifically, it defines how God wants us to treat Him and how we should treat other people. Take the 10 commandments, for example (see Exodus 20:3-17). I’ll paraphrase them for you here:
The first 4 commandments describe our relationship to God. The remaining 6 describe our relationship to other people.


Does God expect Christians to keep the law?

The scribes and Pharisees of Jesus’ day were famous for their righteousness. Keeping God’s law was the passion of their lives. They calculated that the law contains 248 commandments and 365 prohibitions, and they aspired to keep them all. How then can we live up to what Jesus said next?


For I say to you, that unless your righteousness exceeds the righteousness of the scribes and Pharisees, you will by no means enter the kingdom of heaven.
Matthew 5:20

Jesus was not teaching a new doctrine of earning salvation by doing good works. He was teaching that the outward appearance of righteousness that the scribes and the Pharisees had isn’t what makes you right with God. What God wants is the righteousness that flows from a changed heart. A heart that has been regenerated by receiving the Holy Spirit.


Obeying God’s word is a sign that you’re saved

One of the key characteristics of someone who’s genuinely saved is that they obey God’s commandments (the best they can) out of a deep heartfelt love for Him. The Apostle John taught that love goes hand in hand with obedience. Meaningful obedience can’t be separated from a heartfelt love for God. The love we have in our heart for what God has done for us motivates a genuine believer to desire to be obedient to His commandments.

Look at it this way. When you realize how big God’s love is for you, when you understand how you can depend on His holiness and righteousness and His love for you, and when you really understand what He’s done to offer you salvation, this brings forth an overwhelming sense of peace and joy that always leads to obedience.

On one occasion, after the Pharisees and Sadducees failed to trip Jesus up with their questions, a lawyer among them decided to give it a try. He asked Jesus to tell them which of all of God’s commandments is the great commandment in the law. So, Jesus summarized the entirety of God’s law for them. He boiled it down to the essence of the law in just two commandments.

How’s that for simplifying things? I challenge you to find even one commandment in the ten commandments (Exodus 20:3-17) that isn’t covered by these two commandments. For example, if you love God with all your heart, soul, and mind you won’t worship other gods, will you? If you love your neighbor as much as you love yourself, you won’t try to kill him or seduce his wife, steal his things, or tell lies about him, will you? Of course not!

Some churches today teach that it doesn’t matter how much you sin after you’ve been saved because you’re covered by God’s abundant and perfect grace. Although it’s true that genuine believers are covered by grace, the Holy Spirit who indwells a true believer compels them to obey God’s word.


God’s grace is His unwarranted, unearned, and undeserved favor towards us.

But understand this: God isn’t interested in obedience that’s offered out of selfish motives. It’s a futile endeavor to even try to be obedient by your own power in order to earn God’s favor because God desires obedience that flows from a grateful heart. Do you see the love-obedience connection?


Meaningful obedience can’t be separated from a heartfelt love for God.

A key sign that we’ve been saved is that we keep God’s commandments. Not in order to become acceptable to Him but out of our love for Him. Isn’t it obvious that in order to learn to be obedient to God’s word, we must first understand who God is and know what He commands us to do, as well as what not do?


We know that we have come to know Him if we keep His commandments. Whoever says, “I know Him,” but does not do what He commands is a liar, and the truth is not in that person.
1 John 2:3-4 (NIV)

This must be a terrifying thought to someone who isn’t truly saved or to someone who isn’t sure their salvation is real. Certainly, if the Holy Spirit is inside us and our spirit is alive and listening for the voice of Almighty God, then we must surely know Him, right?

But the reality is that we all mess up from time to time, which means that we need to repent of our sin and determine to do better. I wrote about this in How to become more obedient to Christ.

Let me leave you with this final thought. We learn who God is by reading His word, the Holy Bible. That’s a good thing to do but we can’t stop there. A genuine believer not only learns what God’s word says but obeys His word. This means that you apply what God says to your life. Otherwise, we deceive ourselves into thinking we’re saved when we really aren’t.