Did Jesus really die on the cross? 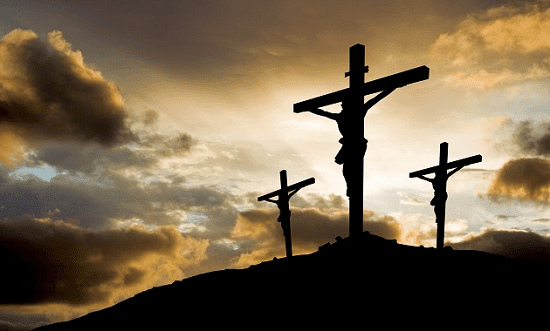 There’s no doubt in any reasonable person's mind that Jesus Christ was crucified. There's just too much historical evidence both in the bible as well as in the writings of historians of the time, such as Flavius Josephus.

What has been disputed, is whether Jesus really died on the cross. The Quran was probably the first to make the claim that Jesus didn't actually die on the cross but instead fainted or was given a drug to make it appear that He was dead and was later revived in the coolness of the tomb. Others, who don't want to believe in God, have also made this claim. But can they defend this swoon theory that keeps appearing in popular literature?

Emory University scholar Luke Timothy Johnson said that the swoon theory is “the product of fevered imagination rather than careful analysis”.

Just as important, if Jesus didn't die on the cross then none of us can be saved. If Christ didn't die, then we’re still lost in our sins. The Apostle Paul said:


Moreover, brethren, I declare to you the gospel which I preached to you, which also you received and in which you stand, by which also you are saved, if you hold fast that word which I preached to you—unless you believed in vain. For I delivered to you first of all that which I also received: that Christ died for our sins according to the Scriptures, and that He was buried, and that He rose again the third day according to the Scriptures.
1 Corinthians 15:1-4 (NKJV)

Evidence that Christ died on the cross

The Bible has enough details of the crucifixion of Jesus that believers can be satisfied that He really died on the cross. However, skeptics need more convincing. If you're squeamish, be warned that the evidence I'm about to describe isn't going to be pleasant to hear.

You see, the Romans perfected the art of subjecting people to the maximum amount of pain and torture before their victims died. Roman crucifixion was so brutal that the Romans wouldn’t crucify their own citizens, except in the case of high treason. It was so painful, that the word "excruciating", which literally means “out of the cross” had to be invented to describe the intense pain of crucifixion.

A person who suffers the effects of losing a large amount of blood is said to be in hypovolemic shock. In this condition, a person experiences these symptoms:
Before Jesus was even nailed to the cross, He was made to wear a crown of thorns and then flogged. Roman floggings were known to be terribly brutal. The victim was usually subjected to 39 lashes, or more, with a whip that was designed to rip open the flesh from their shoulders to the back of their legs. These whips were made of braided leather with metal balls and sharp bones woven into them.

When I was a kid, a neighbor came back from vacationing in Mexico with a real whip that was made of braided leather. He decided it would be fun to try it out on me. I can tell you that those things sting like you can’t imagine. (Suffice it to say that we didn’t become friends.) Now, consider the addition of metal balls in the Roman whips that produced deep bruising and contusions and the sharp bone that tore away chunks of flesh. Now you not only have a very painful experience but a whip that produces massive blood loss as well.

The victim of a Roman flogging would be left with torn flesh (sometimes exposing the spine), torn muscles, and open veins. Many people would die before they could even be crucified. There’s no question that Jesus was in serious to critical condition, even before the 5 to 7-inch nails were driven through his hands and feet.

Note: In those days, the wrist was considered part of the hand, so the nails would have been driven through His wrists, just below the palms of His hands.

The blood loss, not to even mention the eventual infection from your wounds, would eventually kill you. But, for those being crucified, there was another slow killer working against them.

Dr. Alexander Metherell, M.D., PH.D. said: “Once a person is hanging in the vertical position, crucifixion is essentially an agonizingly slow death by asphyxiation. The reason is that the stresses on the muscles and diaphragm put the chest into the inhaled position; basically, in order to exhale, the individual must push up on his feet so the tension on the muscles would be eased for a moment. In doing so, the nail would tear through the foot, eventually locking up against the tarsal bones. After managing to exhale, the person would then be able to relax down and take another breath in. Again he’d have to push himself up to exhale, scraping his bloodied back against the coarse wood of the cross. This would go on and on until complete exhaustion would take over, and the person wouldn’t be able to push up and breathe anymore”.

As your breathing slows, your body goes into respiratory acidosis which increases the acidity of the blood and eventually leads to an irregular heartbeat. In this condition, Jesus would have known that He was at the moment of death, which is when He was able to know when to say “It is finished” and gave up His spirit (see John 19:30). Jesus likely died of cardiac arrest due to asphyxiation.


Evidence #3: Blood and water came out

The Roman soldiers were held responsible to make sure that everyone who was crucified was dead before they were taken down from the cross. If they failed at this just one time, it could mean a death sentence for the responsible soldiers. This is why they broke the legs of the thieves that were crucified next to Jesus. This ensured that the thieves died from asphyxiation more quickly. But seeing that Jesus was already dead, instead of breaking His legs, a soldier thrust a spear into His side.

This resulted in clear fluid coming out followed by a large amount of blood as John described in his gospel (see John 19:31-37). John probably would not have known why he saw both clear fluid (which he called water) and blood pour out of Jesus’ side. But John’s description is consistent with what modern medicine would expect to happen.

There’s no doubt that Jesus died on the cross. In his 1986 article in the Journal of the American Medical Association, Dr. William D. Edwards concluded, “Clearly, the weight of the historical and medical evidence indicates that Jesus was dead before the wound to his side was inflicted…. Accordingly, interpretations based on the assumption that Jesus did not die on the cross appear to be at odds with modern medical knowledge.”

Jesus knew exactly what He would have to endure and He willingly went through it to pay the penalty that we owe. Jesus was the only one who could redeem us. Without our redeemer, we would still be lost in our sins. All we need to do to be saved is to believe in our heart that Jesus died on the cross, was raised to life on the 3rd day, and that He is the Son of God. If you haven’t made the decision to accept Jesus as your Lord and Savior, I implore you to do so today. None of us know if we’ll awake tomorrow. So, believe in your heart that Jesus is who He claimed to be, and choose to follow Him for the rest of your life.

The Centurion who believed
The Thieves on the Cross
9 Proofs that Jesus rose from the dead
He is risen, indeed
15 prophetic signs fulfilled by Jesus
Jesus